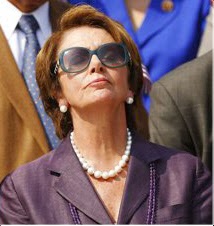 Home Depot became yet another company that announced it would shift part-time workers to the government-run healthcare exchanges. In addition, a company spokesperson conceded that full-time employees, though they will still get health benefits, would pay more due to an increase in costs next year.

Companies like Trader Joe's and Walgreens have made similar announcements before the Obamacare exchanges are set to open in October.
According to a company spokesperson, "Home Depot's change would affect roughly 20,000 part-time workers who previously had chosen the limited liability medical plan the company offered," which, as Reuters notes, companies can no longer offer after December 31 under Obamacare.
Home Depot's current plan for part-time workers "provided coverage of up to $20,000 depending on the plan and were administered by Aetna Inc."

Posted by Mike Colonna at 1:58 PM No comments:

Rich and Poor Hit by Hi Rates and Taxes! 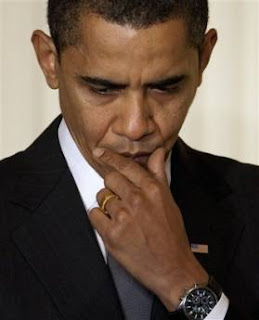 While the most sweeping provisions of the health care overhaul have not yet gone into effect, plenty of Americans will still be paying higher insurance premiums this year -- as insurance companies try to preemptively cover the cost of a tax increase included in President Obama's Affordable Care Act.
That tax doesn't take effect until next year, when other major provisions like the so-called "individual mandate" and insurance subsidies also kick in. But that hasn't stopped insurance companies from charging higher premiums this year to cover the hike, as well as the cost of ObamaCare benefits such as free birth control and preventive care.
Premiums for individuals and small businesses are projected to increase due to the tax by roughly 2 percent this year and by as much as 3.7 percent in 2023, according to a widely cited analysis by the insurance industry.
Officials will argue about who is to blame for the hike -- insurance companies for sticking customers with the cost, or the government for imposing the industry tax hike in the first place. But the projected increases are the latest sign that Americans, in exchange for expanding and strengthening insurance coverage, will in many cases be paying more.
Already, a pair of taxes has hit higher-income households to cover the law. Those making more than $250,000 are seeing a .9 percentage point increase in their Medicare tax, and another 3.8 percentage point hike on investment income.
"The goal was to make health care more affordable, but adding a tax on health insurance does the opposite, increasing the cost for families and small businesses," Robert Zirkelbach, spokesman for the group America's Health Insurance Plans, said Tuesday.
Zirkelbach and others on the side of insurance companies say younger Americans will be among those facing the largest increases.
The looming tax on the insurance industry will cost health-insurance providers $8 billion in 2014, then $14.3 billion in 2018 and a total $100 billion over the next 10 years, according to the congressional Joint Committee on Taxation.
Insurance companies say they can start charging the higher premiums now because some polices bought in 2013 extend into 2014. State insurance commissioners say that practice is OK so long as the increases are pro-rated for next year. However, California Insurance Commissioner David Jones told Politico the company Anthem BlueCross is collecting money from customers that it "doesn't have to pay until 2014."
While the new law will provide insurance for millions more Americas -- and curtail the insured having to cover the medical bills of the uninsured -- insurance providers are questioning the fairness of the tax.
Further, they're raising concern that the individual requirement that people buy health insurance, set to take effect in 2014, doesn't have enough teeth to it. They argue younger Americans might be inclined to pay next year's $95 fine, and even $325 the following year, instead of more expensive insurance.
If fact, the Blue Cross and Blue Shield Association has purportedly appealed to the president to add or increase penalties, including a late-enrollment fee.