Posted by Mike Colonna at 10:13 AM No comments:

Posted by Mike Colonna at 6:53 AM No comments:

This video will make your day!

Posted by Mike Colonna at 7:06 AM No comments: 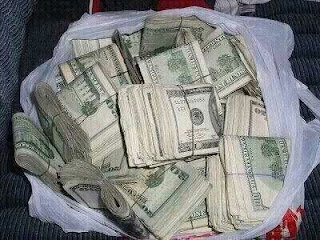 Stocks strong this morning with the bond and mortgage markets trading lower in price and higher in yield. French President Francois Hollande led a revolt against Germany’s austerity-first doctrine for combating the financial crisis, winning easier aid terms for Spain and Italy in an effort to reshape the balance of power in Europe. At the 19th European summit since the crisis broke out, Hollande pushed through the concessions by threatening to delay endorsement of a deficit-reduction treaty that German Chancellor Angela Merkel touted as one of her signature achievements. Euro leaders agreed to let the permanent bailout fund pour money into Spanish banks directly, instead of channeling it via the Spanish government. Direct recapitalizations will be possible once Europe sets up a single banking supervisor, possibly as early as 2013. Spanish and Italian bonds surged after euro-area leaders expanded steps to stem the debt crisis by easing repayment rules for emergency loans to Spain’s banks and relaxing conditions on potential help for Italy. Given past non-performances when EU summits were held, this one is being considered some kind of success.


Posted by Mike Colonna at 7:32 AM No comments: 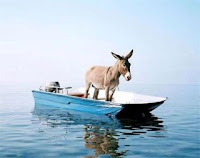 ACTION NEEDED: Contact members of the Assembly Revenue and Taxation Committee (see below) and tell them you oppose Assembly Constitutional Amendment 21.


WHEN TO TAKE ACTION: Now. A bill radically amending the two-thirds vote protection provided by Proposition 13 is up for a hearing this Monday, July 2nd, at 1:30. Even if it's the weekend, please call anyway and leave a message!


WHY: Los Angeles Assemblyman Mike Feuer (916-319-2042) has introduced a bill, ACA 21, that lowers the two-thirds vote for local education parcel taxes from a two-thirds to a 55% vote.

This bill will make it easier for local politicians to increase your property taxes, already 14th in the nation, even higher! The money will go to fund education programs, despite the fact that at least 40% of the state budget already goes to education. Increasing taxes in the middle of the worst foreclosure crisis in 70 years is neither warranted or wise. `

Posted by Mike Colonna at 7:11 AM No comments: